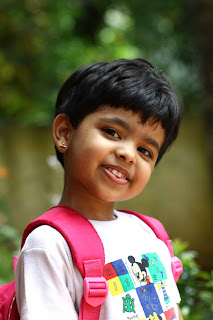 
With great power comes great responsibility…..I really don’t mind a little bit of power but am not awfully interested in the responsibility stuff.
Anyways ,if you thought I was bitten by a radioactive bug and started spinning spider webs, you’re far from the truth.(Though I still do manage to spin a few webs around my stupid parents, and incidentally I was actually bitten a few days ago by some cute leeches, courtesy my nutty father’s idea of a holiday in a rain forest in the middle of the monsoons….unfortunately they weren’t the radioactive type and didn’t give me any superpowers…it would have been kinda interesting though, I could be one of those anti-hero/ine things …maybe they’d call me the blood-sucker girl!!).
Coming back to the more serious issue..thing is I have been rather unceremoniously dumped in a horrible,horrible place called SCHOOL …..and SCHOOL sucks. Period.
I did try a bit of the old ‘cry yourself hoarse till they give in’ trick with my parents, but those stonehearted idiots didn’t bat an eyelid before they sentenced me to school.
As if to soften the mental trauma and sheer agony, the idiots who run this joint, call this arrangement a ‘play-school’. If the idea was to play,why bother with the school part?I mean I play enough back home, so why institutionalize the whole thing?It’s like that place called jail, they send dudes who do bad stuff….what bad stuff did I do??Since when is growing up a crime?
Now every morning I have to sacrifice my beauty sleep and get decked with a stupid ,very uncool bag (pink color with shiny Barbie pictures….yech!!totally not in vogue…but that’s what happens when you have a couple of dumb, unfashionable creatures as parents) and get dumped in that depressing place. I have started having that thing they called Monday morning blues…though this place gives me the blues all days of the week except the weekend.
The only good thing is that there are quite of a few us like- minded suffering pre-schoolers in this dump and someday we hope that we can throw of the yoke of these imperialistic, fascist so-called teachers. We tend to have great stimulating exchanges too ( we exchange words, flu viruses and of course occasional pinches and slaps when the word exchange parts don’t end up in a consensus).
Those teacher things haven’t started with the ABC,123 stuff, but one dude who’s been inside for some time before me, warned me that the unpleasant stuff would be coming soon.As of now it’s all fun and games….a big façade I suppose, before the real torture starts.
Anyway , I just don’t get the point of this education thing.My dear old mum and dad apparently had to study till they were like really really old …and they’re still dumb enough to buy me a pink Barbie bag to take to school and as far as I know they don’t have much dough in the bank either…apparently education doesn’t do much to make you more sensible …or rich.On the other hand lookit all those politician people in our country.Stinking rich, no education.So what the heck is the bloody point??
I rest my case.


(Nadia is my 4 year old daughter,prematurely blessed with an attitude of a teenager)
Posted by feroze kaliyadan at 3:06 AM No comments:

Listening to the sounds of silence... 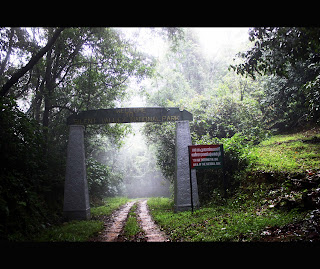 Travelogues are really not my cup of tea (Actually anything in which I cannot mix in huge portions of sarcasm and poor jokes are not my cup of tea).
However a rain-drenched visit to Silent Valley inspired me to pen this lil piece.

Where, how and why?
Silent Valley is a reserve forest located in the Palakkad district in the north-east border of Kerala.It is part of what is called the Nilgiri biosphere (which is an International Biosphere Reserve in the Western Ghats, in the Nilgiri Hills range of South India).
To get to Silent Valley, you have to first reach Mannarcaud ,which is near Palakkad town. Palakkad is well connected by train and bus to all major towns in Kerala.The nearest airports are in Kochi and Kozhikode (around 3 hours by road).From there you have to travel up through about 20 km of hairpins to reach the small town of Mukkali.The entrance to the ‘buffer zone’ of the forest is here.The actual core zone of the silent valley reserve is about 23 km from the entry point.No private vehicles are allowed beyond the entry point.You have to shell out about 1000 bucks to hire an authorised Jeep with a driver and a guide + around 200 if you’re carrying a camera.(If you’re planning on a trek you can avoid the jeep, but still have to hire the guides.The number of jeeps and guides are restricted, so you’ll have to book well in advance, especially in peak seasons).If you’re planning on a single day programme, you don’t need to make any stay arrangements (Normally the guides bring you back by 2:00 pm max, so you can return to virtually any major town in Kerala by the end of the day).However the real fun is in staying a couple of days and really enjoying the treks in leisure.If you do plan to explore the place over a few days there are a couple of options for lodging (All outside the core area of course)– there are cheap lodges in Mukkalli, a rather pricey resort slightly away and also some government owned cottages (you might have to pull a few strings to get accommodated here though) farther away in Agali (which is around 17 km away from Mukkali) 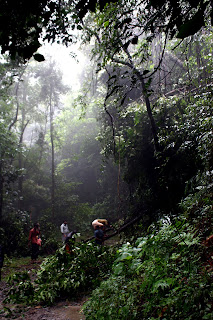 We had our trip interrupted in between due to a fallen tree.Luckily our guides and the driver managed to clear the path soon


The history of Silent Valley is rather interesting.The area is locally known as "Sairandhrivanam" literally, Sairandhri's Forest. In local Hindu legend, Sairandhri was Draupadi, wife of the five Pandavas, who disguised herself as Sairandhri, queen Sudeshna's assistant, while they were in exile. Apparetly the Pandavas during their exile moved into a untouched virgin forest in what is now Kerala.(Our Guide who belongs to one of the indigenous tribes claimed that the remains of the cave where Draupadi and the Pandavas stayed remains to this day). The first English investigation of Silent Valley area was in 1847 by the botanist Robert Wight. There are various versions as to how the name ‘Silent valley’ came to be – One versions mentions that the British named the area Silent Valley because of a perceived absence of noisy Cicadas. (Surprsingly the moment we entered the core area of the forest we were greeted with the monotonous and unique creeking tune of thousands of Cicadas apparently orchestrating a symphony.Our guide (who interestingly belongs to one of the indigenous adivasi tribes of the area ) mentioned that apparently Cicadas and Crickets are now very much present in Silent Valley, unlike before ).Another story attributes the name to the anglicisation of Sairandhri vanam. A third story, refers to the presence there of many Lion-Tailed Macaques- Macaca silensus.(Unfortunately due to the pouring monsoon showers ,we could not get to see any of the Macaques ….of course my daughter Nadia was there,no lion-tail, far from silent, but quite the monkey most of the time!)
[The history part is heavily borrowed from wikipedia] 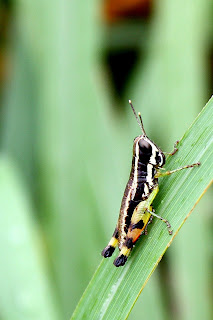 A rather interesting slug commonly seen in silent valley 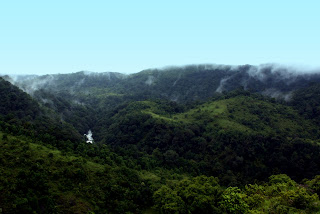 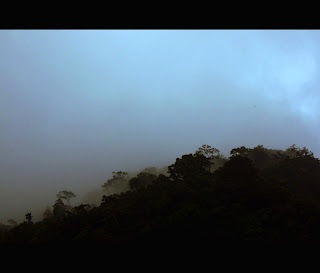 View from the observation tower

Things to keep with you:
Hiking boots – essential unless blood-letting is one of your hobbies.Whether or not you get lucky enough to see macaques or elephants ,you will definitely meet leeches of all kinds by the hundreds (especially if you ,like me , are nutty enough to go in the rainy season).For the same purpose you need a pack of salt.Applying salt apparently makes the leech walk away in disgust! (Plucking them off might result in their mouth parts remaining in your skin and can later induce a rash ).However half the time you never know that one of them lil suckers was sipping your blood away to glory for quite some time as the bite is completely painless.Keep a few band-aids handy too coz the bleeding from the leech bite tends to go on for some time due to a cute little anti-coagulant called ‘hirudin’ that these guys inject into your blood.
A Swiss-army knife, a torch , rain coats, insect repellent creams and a rope …those are the other things you need to keep with you.Of course a camera (with spare batteries) and binoculars …and if you’re into serious photography protective hoods for your lenses. You can take any kind of food with you but ensure that all the waste is put back into plastic bags and taken back with you. 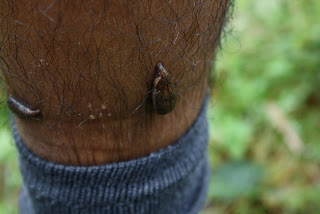 As of now the core area has very little mobile reception, but keep a charged mobile with you all the same (Unless the trip is partly to get away from the stresses of office or married life or both!) and finally while silent valley is a great spot for young people to enjoy nature it may not be a great place to take very young kids with you. 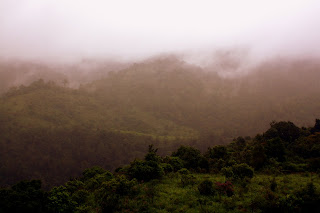 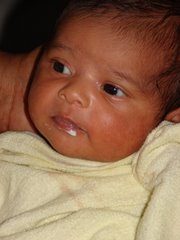